This task consists in segmenting the map content from the rest of the sheet.

This is a rather classical document analysis task as it consist in focusing on the relevant area in order to perform a dedicated analysis. In our case, task 1 would be the following stage in the pipeline.

Given the image of a complete map sheet, you need to locate the boundary of the map content, as illustrated below. 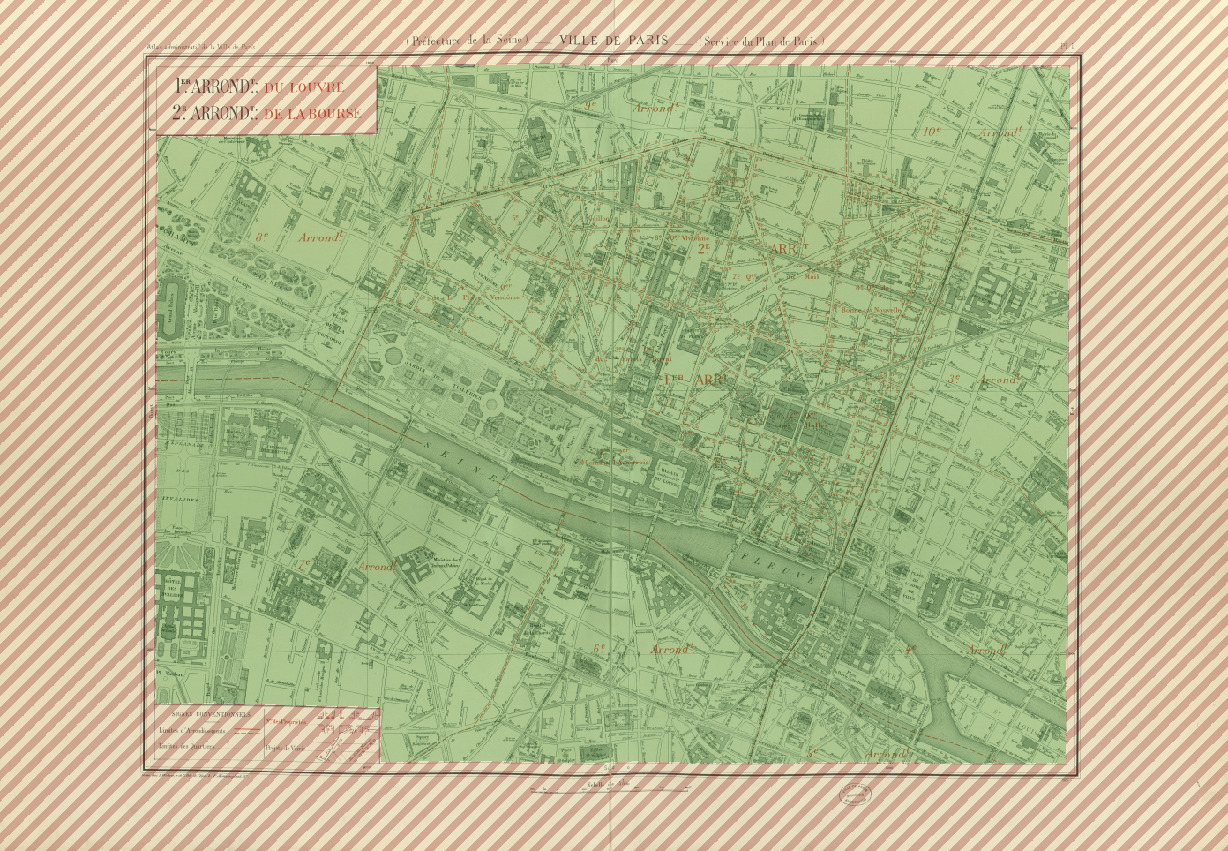 Illustration of expected outputs for task 2: green area is the map content and red hatched area is the background.

Note that the inputs for this task are the same as task 3.

The inputs form a set of JPEG RGB images like the one illustrated below. There are complete map sheet images. Those images can be large (10000x10000 pixels). 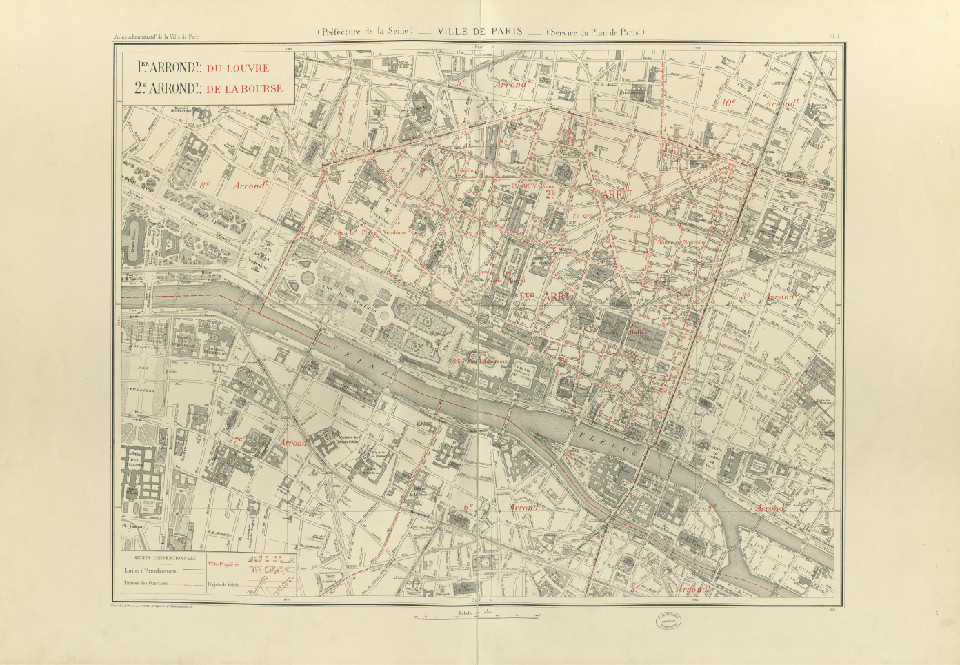 The resulting image should look like the one below, which is the expected output for the sample input previously shown. 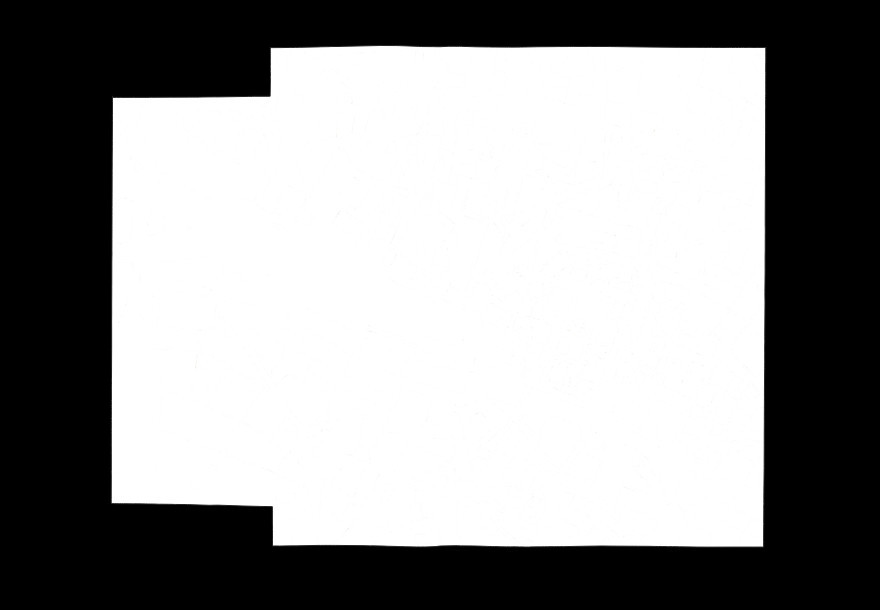 Results need to be output in a PNG file with the exact same format and naming conventions as the ground truth, except for the GT part of the filename which should be changed into PRED: if the input image is named train/301-INPUT.jpg, then the output file must be named train/301-OUTPUT-PRED.png.

Content for task 2 is located in the folder named 2-segmaparea in the dataset archive.

Train, validation and test folder (if applicable) contain the same kind of files:

To evaluate the quality of the segmentation, we will compute the Hausdorff distance between the expected shape do detect and the predicted one. This implies that there is only one (connected, without hole) shape to detect. This measure has the advantage over the “intersection over union”, “Jaccard index” and other area measures that it keeps a good “contrast” between results in the case of large objects (because there is no normalization by the area).

More specifically, we will use the “Hausdorff 95” variant which discards the 5 percentiles of higher values (assumed to be outliers) to produce a more stable measure.

Finally, we will compute the average of the measures for all individual map images to produce a global indicator with a confidence measure.

The resulting measure is a float value between 0 and a large value. A lower value is better.

The evaluation tool supports comparing either:

Because the PNG files are large, you may get a warning from PIP that you can safely ignore:
DecompressionBombWarning: Image size (137239200 pixels) exceeds limit of 89478485 pixels, could be decompression bomb DOS attack.

When processing directories, the output directory will contain the following files: